Writer focus: Judy Darley on why you should visit the Azores

When British writer Judy Darley contacted us with a feature about the Azores for A Year in Portugal, we almost bit her hand off. Flung out hundreds of miles off the main land, in the middle of the Atlantic Ocean, this collection of islands is possibly the most beguiling part of Portugal. What’s more, the angle Judy decided to take with this piece shed light on a fascinating subject surrounding the Azores and its unique way of life. We’ve learnt so much from her intriguing tale.

Ahead of the journal’s publication in September, we chat to Judy about her adventures on the Azores, and what prompted her to discover this mysterious archipelago. 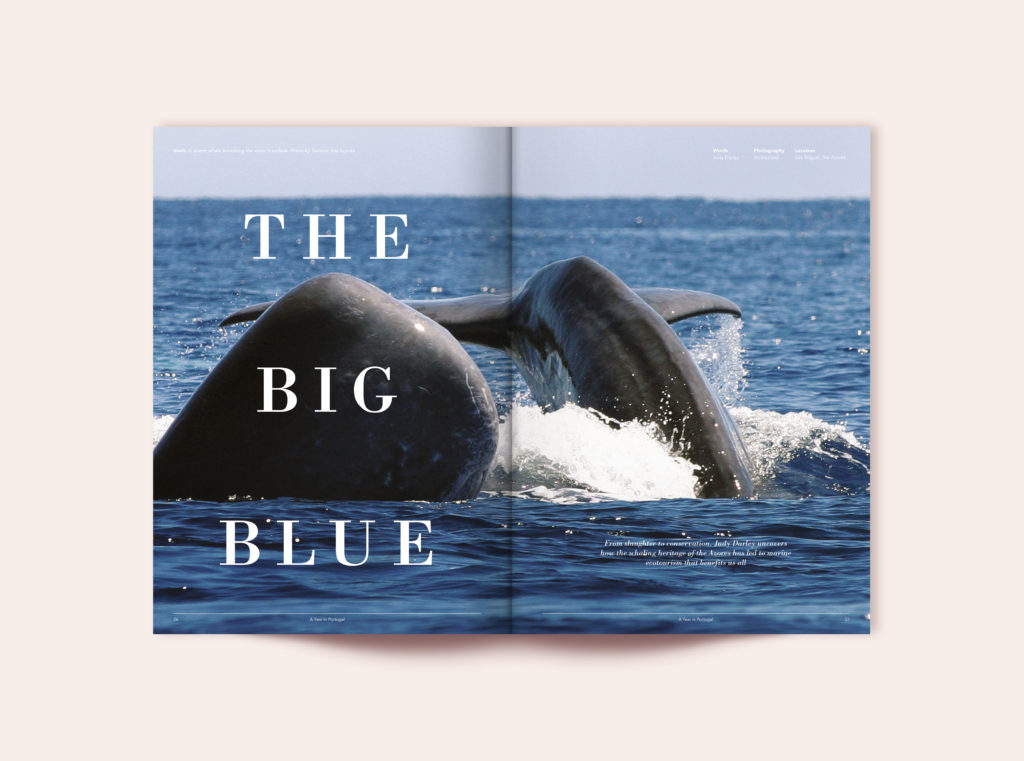 What initially drew you to visiting the Azores?

I’ve wanted to visit the islands for more than a decade! When I was looking for places to honeymoon in 2007, the Azores popped up as a greener, less touristic alternative to Hawaii. I already loved Portugal, so it popped to the top of my wishlist. Sadly, we couldn’t afford the flights back then (we ended up honeymooning on Madeira, which was wonderful, but very different).

For our tenth anniversary, we investigated the Azores again and found some really affordable flights. I’m so glad we did! It’s one of the best and most beautiful places I’ve been. That said, I’m quite pleased we didn’t go ten years ago, as the infrastructure for tourists is only just finding its feet, and enhanced our experiences of São Miguel with accommodation options, tours and making getting around that bit easier.

What’s the focus of the feature you’ve written for the journal?

I was intrigued by the archipelagos whale tourism industry, and even more fascinated when I discovered it came about when the islanders needed to find an alternative income to whaling. There’s something so poetic by those old skills for spotting and following the animals being put to use researching and conserving them instead of slaughtering them. We had an adventure heading out onto the Atlantic Ocean to see them for ourselves. The ones we spotted were fin whales – immense and stately – plus, of course, countless dolphins.

Would you recommend the Azores to other travellers, and if so, why?

Absolutely. It’s incredibly magical – lush and dramatic. The volcanic nature of the isles means that entire communities live inside craters, which you can only tell when you go up higher and look down to see the topography of the terrain. The people are wonderful, and there’s a curious sense of discovering a part of Portugal, and of Europe, with an enticingly different personality to the mainland. 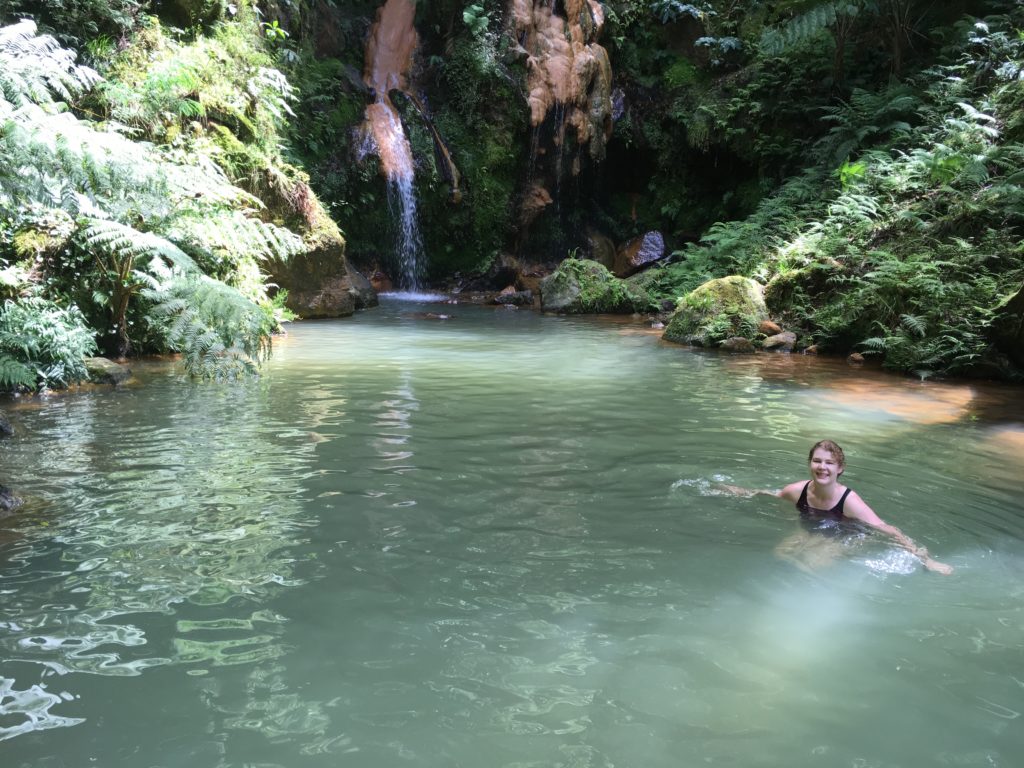 Is there anything that surprised you about the Azores?

The sense of being in the middle of nowhere is quite extreme, yet almost everyone speaks English. By chance we arrived when an immense religious festival – Senhor Santo Cristo dos Milagres – was taking place and immediately made lots of friends, many of whom had flocked back to their home island from North America.

I had no idea that the Azoreans had had such an exodus to the States. Boston is just a five-hour flight away, making this the closest part of Europe to America. Likewise, many of the residents have emigrated from mainland Portugal. It gives the islands a curiously restless feel.

Have you been anywhere else in Portugal?

I love Portugal – it’s one of my favourite countries. I’ve visited Porto, Lisbon a few times, the Alentejo, and, as I mentioned, Madeira. Oh, and I spent a month working on an olive farm in rural Portugal as a teenager. Each area has its own character. I love that even the cities have a village-feel – they’re easy to explore on foot and there’s always some water glinting in the distance.

Tell us about your other travels around the world. Do you have a favourite place?

I can’t chose just one place – there are so many wonderful places out there. I’ve spent a lot of time exploring America’s west coast, which I love, and I went to Borneo a few years ago to trek through the rainforest. That was an incredible experience. The jungle is disappearing shockingly fast thanks to palm oil crops – the scars on the land are horrifying. 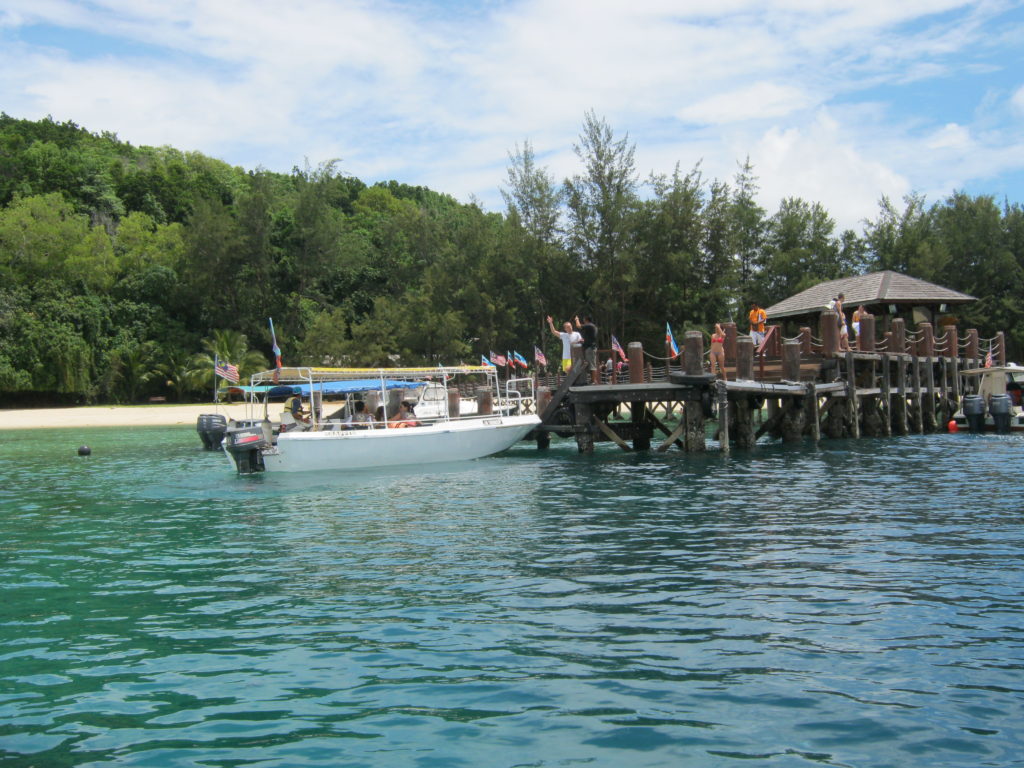 I visited Iceland for the first time in January 2017. I was pretty nervous as I’m terrible with the cold, but it’s stunningly beautiful, and the freezing conditions far easier to handle than I anticipated. I’ve never seen such fluffy snow before, and there’s often a thermal pool close to hand to help you warm up.

Don’t forget! A Year in Portugal is currently available to pre-order at £4 off  – but not for long. Find out more here.