How to travel mindfully in tourism-heavy destinations

It’s a sad truth that some of the most beautiful places in the world are being crushed under the weight of tourism more than ever before. One of Europe’s latest victims is Santorini in Greece, where locals have recently reported that they’ve hit their tourism capacity, following in the footsteps of popular cities like Barcelona or Venice. These expectation vs. reality shots also expose the truth behind what it’s like to visit infamous spots such as The Great Wall of China or beaches of Rio de Janeiro – let’s just say you certainly won’t be alone here. 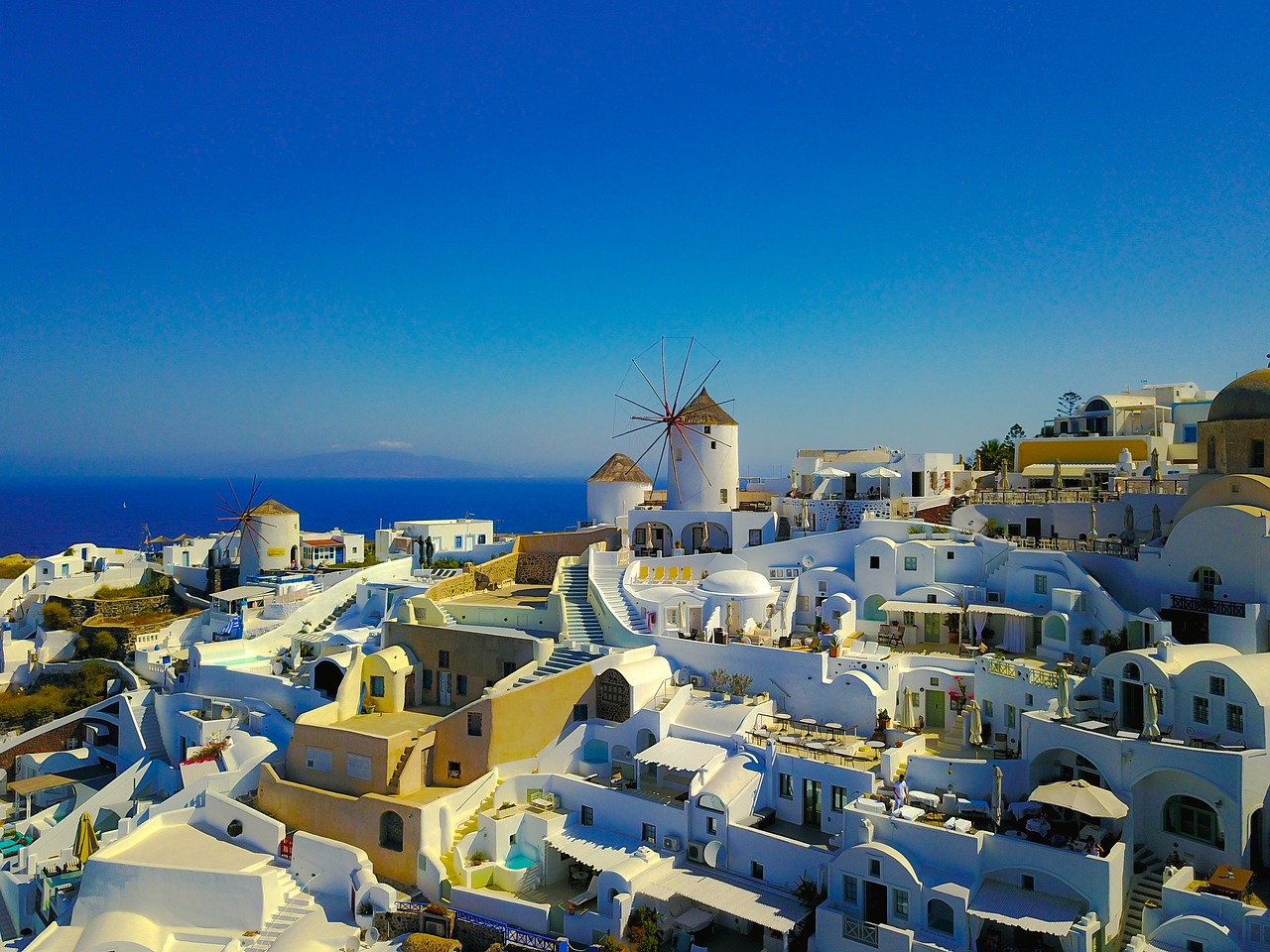 We can hardly blame people for taking the chance to see some of the most spectacular corners of the world, but as travellers there is positive action we can take to promote a more sustainable future for tourism. The benefit of this kind of travel will not only help you to avoid heaving crowds, but also bring tourism to places that need its advantages and alleviate the strain from destinations that are disappearing under tourism’s sometimes destructive force.

Follow these tips to travel mindfully and use your adventures for good.

By simply changing the time that you travel, you can elongate the tourism season and thus spread out its value. Joining the masses that descend on a destination in summer only creates a pocket of three months a year when that places is utterly unbearable.

Okay, so the weather might not be at its best, but by going to a place in quieter months we can bring economy to locals that might otherwise struggle to get through these off-peak times. Plus, there are other rewards for travelling off-season: cheaper hotels, less time waiting in line for attractions or restaurants, and a general state of peace and quiet. Pack a few layers and pick somewhere with a longer warm season – southern Europe, for example, can stay warm right into November.

Despite an overwhelming feeling that every corner of the globe has been fully discovered by travellers, that’s not the case. There are regions of almost every country on earth – even large parts of continents – that are unspoilt and worth discovering, it just takes a little more effort and planning to do so. If your circumstances mean you can only travel during the summer or holiday months, this is almost essential if you’re looking to avoid tourism-heavy destinations.

Seeking alternatives is a win-win solution: it gets us off the tourist trail and connects us with new and exciting experiences, plus reduces tourist numbers elsewhere. Rent a car and go exploring, travelling in a direction that’s left out of the guidebooks and talking to people along the way. Take out a map and scan it for parts you’ve never heard of before. Be curious and proactive about finding something new and you almost certainly will.

There’s no doubt that tourism can be a good thing, and going local is at the core of that belief. When choosing a city tour, try to find a small company that hires local people to show you around. This puts your money in the pockets of the people who call that city home, and it gives you a first-hand experience of that place too.

When you’ve ticked off the big attractions you want to see (at quieter times) make room in your itinerary for the small art galleries or museums. These bring diversity to a city, and opportunities for unknown creatives to showcase their work. Supporting these kinds of projects will help the local economy and encourage other similar initiatives.

If you live in a well-heeled destination, you’ll know there’s nothing worse than seeing tourists completely ignoring local culture and refusing to be a part of it. This kind of behaviour – such as being loud and disruptive in residential streets at night, or a complete lack of attempt to try the local language – gives tourism a bad name and shows an unawareness of your surroundings.

Always keep in mind when travelling that this is someone’s home, not just a playground for travellers to sunbathe in. Being welcomed freely into a place is a gift that should not be abused, and as well as thinking about where you’re going physically, your mental attitude should match those movements. Show local people that tourists aren’t necessarily a bad thing, despite perhaps being there in huge numbers. Small acts of kindness and communication go a long way.

If you’ve only got a few days in a place, we can appreciate that it’s hard to find balance between the classic sights and venturing off-the-path. When you’d prefer to stay in one well-known city, make time to get out into the suburbs, to a part of that city not usually witnessed by visitors.

This is not only advantageous to reduce tourism numbers elsewhere, but you’ll also discover a more authentic picture of that city – what it’s like to really live there. Do some prior research on hidden gem suburbs to give you some ideas, and venture there with an open mind and observant eye.

How do you travel mindfully in busy tourist areas?

Sign language for quantum science being developed at Harvard

What will green computing look like in the future?