The artist behind the illustrations for the Unequal series

Some of the most powerful art in Harvard’s Unequal project lies in personal essays. Written by recent graduates and professors, the authors shared the impacts that racism has not only on their fields of expertise, but also on their lives.

The Gazette sought out John Jay Cabuay, an illustrator based in New York, to match their words with dynamic illustrations reflecting the complexity of their worlds: his portraiture captures each subject’s spirit and messages against a backdrop of brilliant color and patterns rich with symbolism.

The Gazette sat down with the artist to learn more.

GAZETTE: How long does it take for you to create, from conception to completion?

CABUAY: There are two answers to that. I have an easier time capturing a person when they’re sitting in front of me, from life than from photographs. I feel like having a sitter there when I’m capturing them is easier for me to finish than something that’s done with a photograph. Photographs are very flat, you have to figure things out. I will take trials of different sketches before I get to the right one. When it comes to someone sitting there, I feel like I just go for it and the paper, or the chalk or pencil, leads me directly where I should go, and the formation of my subject is easier.

I could finish a sitting pose in about two, three hours or so. It depends really if I am capturing a portrait or if I was working with a photograph. If I had to choose, I would prefer to have a subject sitting down.

GAZETTE: Do you prefer working digitally or do you prefer getting your hands dirty and working with traditional methods?

CABUAY: I like both. For me the main thing is my passion for drawing — I love drawing. As long as I’m drawing, it doesn’t matter, really. But there are times where sometimes you would get a commission to do 30 portraits in a month, and I’m only human, you can burn out. So you want to have a certain balance. Sometimes after that’s done, I would go and hire a model to bring to my studio, or I would go out and I would draw outside and just show nature, just to break the work up with something I enjoy more.

Right now, my daughter is my inspiration, and she’s like my muse. I draw her a lot, and she’s growing, so I’ve documented her since she was almost 2 or 3 months old and I have a pile of work, of sketchbooks even, of just her growth. That’s something I really am glad I did.

GAZETTE: A lot of your work, including what you did for the Gazette, focuses on social justice. What role do you see your work playing in those challenges of our time, and what role does the artistic community play more broadly?

CABUAY: First off, I really enjoyed the journey and the outcome of those illustrations. I really, really was happy with the results. I think certainly the awareness [that they brought to] some of the real hard-working heroes who help bring those issues forward, who may not be in the spotlight [normally], is the thing that I really enjoyed most. 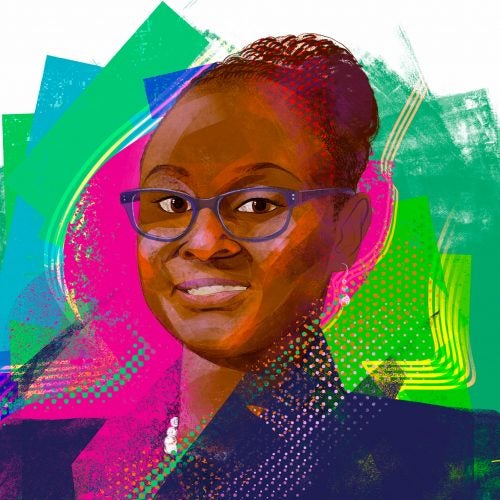 Why do we need critical race theory? Here is my family’s story In their own words

Act aims to help minority-language voters have their voices heard 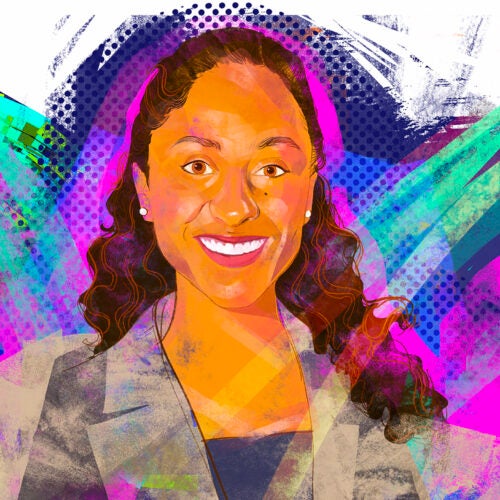 An overhaul for justice

But how do you translate an appetite for change into reality?

It was a challenge but was also an honor at the same time to do [them] because I could have a chance to bring light to them. It is a way I can put my passion for growth to good use. If this is the strongest and the most positive way I can contribute to society, then I guess I’m fine with that.

In cases like the Gazette, I ask myself, “How do I bring out their spirit?” I’ll read the article, I’ll read it a couple of times, and I try to see if I can capture the essence or the spirit of the subject for that particular project. I’d like to think that my portraits are all about celebrating the person or subject, that’s what I want to achieve with the kind of portraits I do. Hopefully it describes celebrating their life or achievement.

The whole idea is to bring light to certain issues and hard issues and sensitive issues, visually. I think it’s very important. Even here in New York illustration has become a very strong tool now. There are MTA posters on Asian hate and things like that, which are commissioned by illustrators to bring forward those kinds of topics. Art is being used more with that, and with periodicals you see a lot more of it, the use of imagery. That is very exciting for me — the illustrations being used not just as an eye-candy tool, but also to bring awareness.

It’s a great thing, and a lot more younger people are doing it and I think they get inspired by it, partly because of the aspects of illustration as art, but also as a source of power — a way to, without violence, fight the injustice all over the world. It’s not just in America, but all over.

GAZETTE: What advice would you give to a young artist or somebody just starting out?

CABUAY: There’s a few things I would say. One, you always have to be curious and be open-minded, because the only way you’re going to grow is if you take risks.

The last one would be to surround yourself with people who have the same dreams as you, because you will need a support system. … It’s also good to be around like-minded people … or just be in the same environment to keep going.

This interview has been lightly edited for clarity and length.