In 1934, physicist Eugene Wigner made a theoretical prediction based on quantum mechanics that for decades years went unseen.

The theory suggested how a metal that normally conducts electricity could turn into a nonconducting insulator when the density of electrons is reduced. Wigner theorized that when electrons in metals are brought to ultracold temperatures, these electrons would be frozen in their tracks and form a rigid, non-electricity conducting structure — a crystal — instead of zipping around at thousands of kilometers per second and creating an electric current. Since he discovered it, the structure was coined a Wigner crystal and was observed for the first time in 1979.

What’s remained stubbornly elusive to physicists, however, has been the melting of the crystal state into a liquid in response to quantum fluctuations. At least, it was: Now, almost 90 years later, a team of physicists co-led by Hongkun Park and Eugene Demler in the Faculty of Arts and Sciences has finally experimentally documented this transition.

The work is described in a new study published in the journal Nature and marks a big step toward creating a system for studying these kinds of transitions between states of matter at the quantum level, a long-sought-after goal in the field.

“This is right at the border of matter of changing from partially quantum material to partially classical material and has many unusual and interesting phenomena and properties,” said Demler, a senior author on the paper. “The crystals themselves have been seen, but this, sort of, pristine transition — when quantum mechanics and classical interactions are competing with each other — has not been seen. It has taken years.”

Led by Park and Demler, the research team focused on observing Wigner crystals and their phase transitions in the study. In chemistry, physics, and thermodynamics, phase transitions happen when a substance changes from a solid, liquid, or gas to a different state. When quantum fluctuations near absolute zero temperature drive these transitions, they are called quantum-phase transitions. These quantum transitions are thought to play an important role in many quantum systems.

In the case of a Wigner crystal, the crystal-to-liquid transition rises from a competition between the classical and quantum aspects of the electrons — the former dominating in the solid phase, in which electrons are “particle-like,” and the latter dominating in the liquid, in which electrons are “wave-like.” For a single electron, quantum mechanics tells us that the particle and wave nature are complementary. 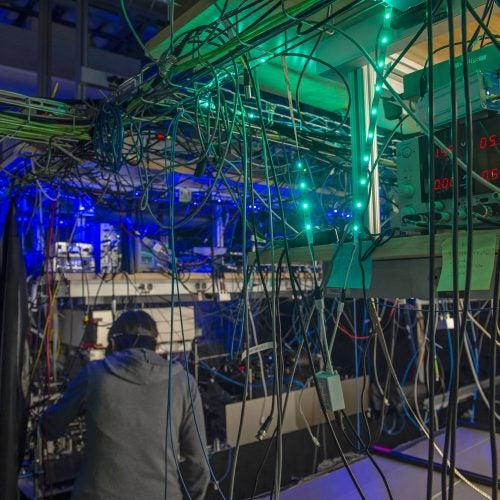 Mapping the quantum frontier, one layer at a time 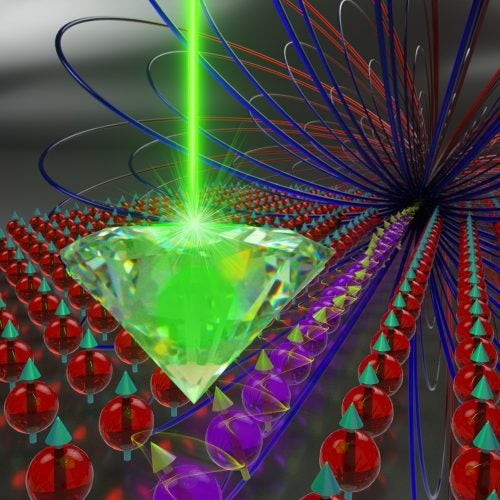 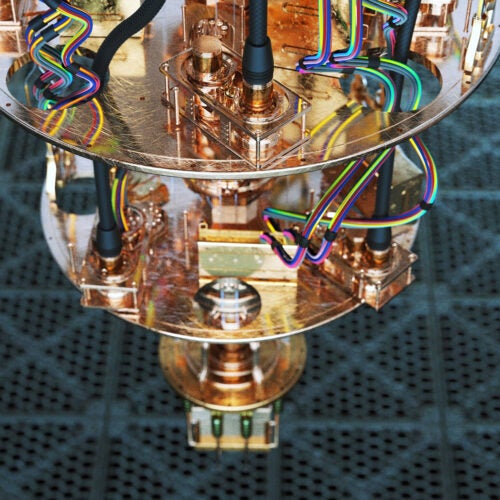 “It is striking that, in a system of many interacting electrons, these different behaviors manifest in distinct phases of matter,” said Park. “For these reasons, the nature of the electron solid-liquid transition has drawn tremendous theoretical and experimental interest.”

The Harvard scientists report using a novel experimental technique developed by You Zhou, Jiho Sung, and Elise Brutschea — researchers from the Park Research Group and lead authors on the paper — to observe this solid-to-liquid transition in atomically thin semiconductor bilayers. In general, Wigner crystallization requires very low electron density, making its experimental realization a major challenge. By constructing two interacting electron layers from two atomically thin semiconductors, the researchers created a situation in which the crystallization stabilized at higher densities.

To see the transition, the researchers used a method called exciton spectroscopy. This uses light to excite an electron in the system and bind it to the electron vacancy, or hole, it leaves behind, forming a hydrogen-like electron-hole pair known as an exciton. This pair interacts with the other electrons in the material and modifies the other electrons so they can be seen.

The findings from the paper were largely accidental and came as a surprise, according to the researchers. The Park group initially set out in a different direction and were puzzled when they noticed the electrons in their material displayed insulating behavior. They consulted with theorists from Demler’s lab and soon realized what they had.

The researchers plan to use their new method to continue to investigate other quantum phase transitions.

“We now have an experimental platform where all these [different quantum phase transition] predictions can now be tested,” Demler said.

This Bitcoin Indicator Might Suggest Bull Run Is Still On

Solana to Launch Stake Pools, This Is How It Will Enable Rewards For SOL Holders