Researchers at Harvard University and the Broad Institute of MIT and Harvard have created a detailed atlas of a critical region of the developing mouse brain, applying multiple advanced genomic technologies to the part of the cerebral cortex that is responsible for processing sensation from the body. By measuring how gene activity and regulation change over time, researchers now have a better understanding of how the cerebral cortex is built, as well as a brand new set of tools to explore how the cortex is affected in neurodevelopmental disease. The study is published in the journal Nature.

“We have had a long-standing interest in understanding the development of the mammalian cerebral cortex, as it is the seat of higher-order cognition and the part of the brain that has expanded and diversified the most during human evolution,” said Paola Arlotta, the co-senior author of the study and the Golub Family Professor of Stem Cell and Regenerative Biology at Harvard University. “In this study, we looked at the cortex with a very fine lens, practically profiling all of its cells, one by one, every day of development. We cataloged changes in gene expression and regulation at an unprecedented level of temporal resolution to build a first single-cell-resolution molecular map of this amazing tissue. The map allowed us to extract first mechanistic principles governing how the cortex is built, and begin to decode how genetic abnormalities affect such highly controlled process in the embryo.”

“In the developing brain, we have to consider three things: the types of cells that are present, where those cells are located, and at what stage they are in development. In addition, by identifying the drivers that direct this process in normal development, we can better understand what may go wrong in disease,” said co-senior author Aviv Regev, who was a core institute member at the Broad Institute when the study began and is currently Head of Genentech Research and Early Development.

The researchers focused on the somatosensory cortex, which may serve as a model for other regions of the cerebral cortex because it contains cells representing all of its major classes. For every day of cortex development, the researchers analyzed the brain using multiple technologies at the single-cell level. They used RNA-seq to measure which genes are expressed, as well as spatial transcriptomics to measure where genes are expressed in the tissue. They also used ATAC-seq to measure which parts of the genome were accessible for regulation.

“These technologies allowed us to look at different modes of gene expression and how genes are regulating each other. By combining these three modalities, we have a stronger sense of which are the important genes for directing neuronal development, for example” said Daniela Di Bella, a postdoctoral fellow in the Arlotta lab and co-first author of the study.

For instance, it has been unclear exactly when the cortex’s diversity of different neuron populations is established. “We found that the different flavors of neurons are decided during the neuron maturation process, rather than pre-established in their stem cells,” Di Bella said.

The researchers also used their data to predict the underlying mechanism of how genetic mutation leads to defects in cortical development, finding which specific developmental steps are failing and which cells are being affected.

“We have created a uniquely comprehensive molecular atlas of the developing somatosensory cortex, and we are continuing to mine the data for more insights,” said co-first author Ehsan Habibi. “Our goal is for our data to serve as a resource for the wider neuroscience community and inform how the field looks at brain development, both during normal and disease processes.” 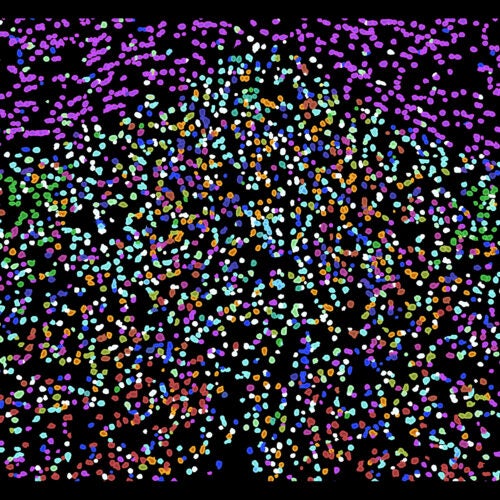 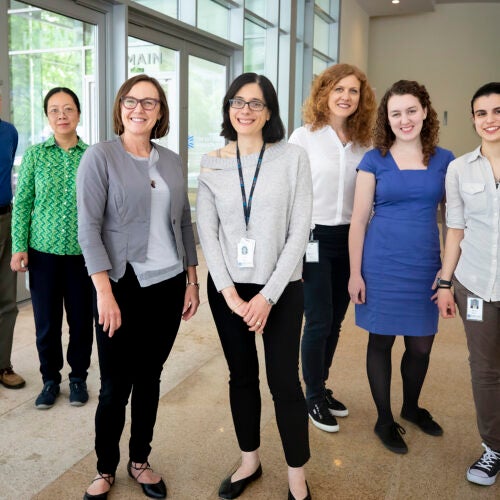 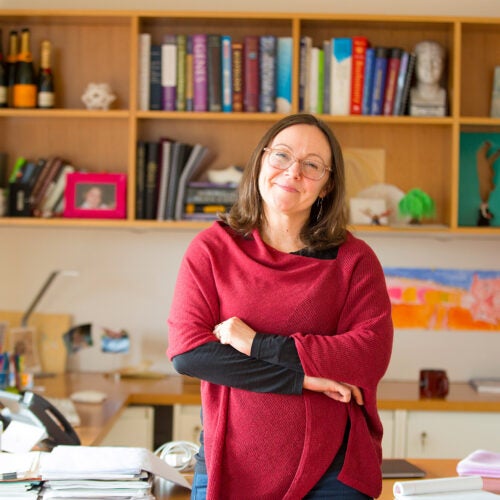 In the glimpse of the past provided by organoids, Paola Arlotta sees a chance to shape the future of how we fight neurological disease 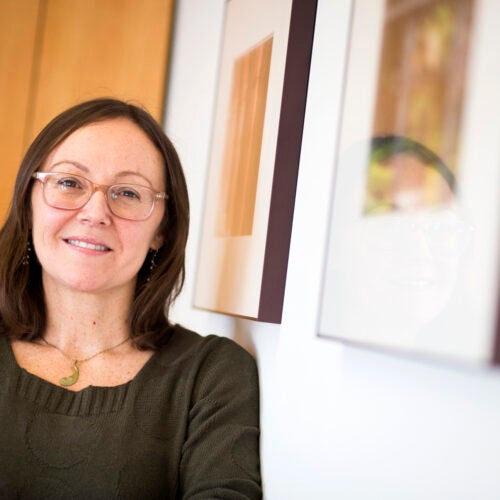 “These combined, extensive measurements provided us with a first dynamic view of the symphony of molecular events that unfold as this critical region of the brain is built in the embryo,” said Arlotta, who is also an institute member in the Stanley Center for Psychiatric Research at the Broad Institute. “Researchers have been studying the process of development of the cerebral cortex for over a century, but the mechanistic events that govern how cells are made and how they interact to ultimately form functional circuit have remained elusive. As a field, we have historically looked at this complex developing tissue one cell type at a time and investigated small numbers of genes for their roles in putting together pieces of this amazing puzzle. But the brain does not develop one cell type at the time — it is truly a symphony in the sense that hundreds of cell types undergo development together, using ever-changing landscapes of genes to form the adult tissue. Now imagine having for the first time the full ‘recipe’ of genes that any given cell class uses as its development unfolds. Imagine also gaining detailed knowledge of the ‘codes of genes’ that turn on or off as distinct lineages of cells separate from each other and get built. This type of overarching mechanistic knowledge offers an opportunity to study cortical development in a brand new way, looking at all cells and all genes. We never had information this complete before and I must admit that I stared at the data in awe, thinking about the type of discovery that it enables.”

“Ten years ago, this study would not have been possible because the technologies either did not exist or were not mature enough yet,” Regev said. “But with advances in single-cell and spatial transcriptomics, and new machine learning algorithms for large data analysis, we were able to map where cells develop, put those maps together, and watch development unfold like a movie over time. We could not only reconstruct the movie but could also link that picture to a greater biological understanding of brain development. We hope this approach could one day help us better understand and treat diseases of the brain.”

Arlotta added: “It is a pretty interesting movie — one that I have looked forward to filming for most of my scientific career.”

This research was supported by the Stanley Center for Psychiatric Research, the Broad Institute of MIT and Harvard, the P50 Conte Center (5P50MH094271 Developmental origins of mental illness: evolution and reversibility), the National Institutes of Health (5U19MH114821, 5R01NS103758, DP5OD024583), the Klarman Cell Observatory, HHMI, and an NHGRI Center for Cell Circuits CEGS grant.