Portugal itinerary: a weekend in Cascais

When summer days in Lisbon become too hot to cope with, a trip to the western coast is even more appealing. This is partly why Cascais, a wealthy seaside town, is such a popular day trip from the city. But this is also a town where historic buildings speckle the waterfront and restaurants serve the freshest seafood. Where golden beaches sweep up to dunes and locals seem to spend all of their time outdoors. So although Cascais is popular with daytrippers, it’s an area that deserves to be explored to the fullest. By basing yourself here for a weekend, you’ll have the chance to settle into its leisurely rhythm.

The Cascais region stretches from the town’s shiny marina to the rugged edges of Sintra-Cascais Natural Park. In between, there are historic sites to explore, delicious food to eat, and beaches to visit. Follow this two-day itinerary to experience the best of Cascais. 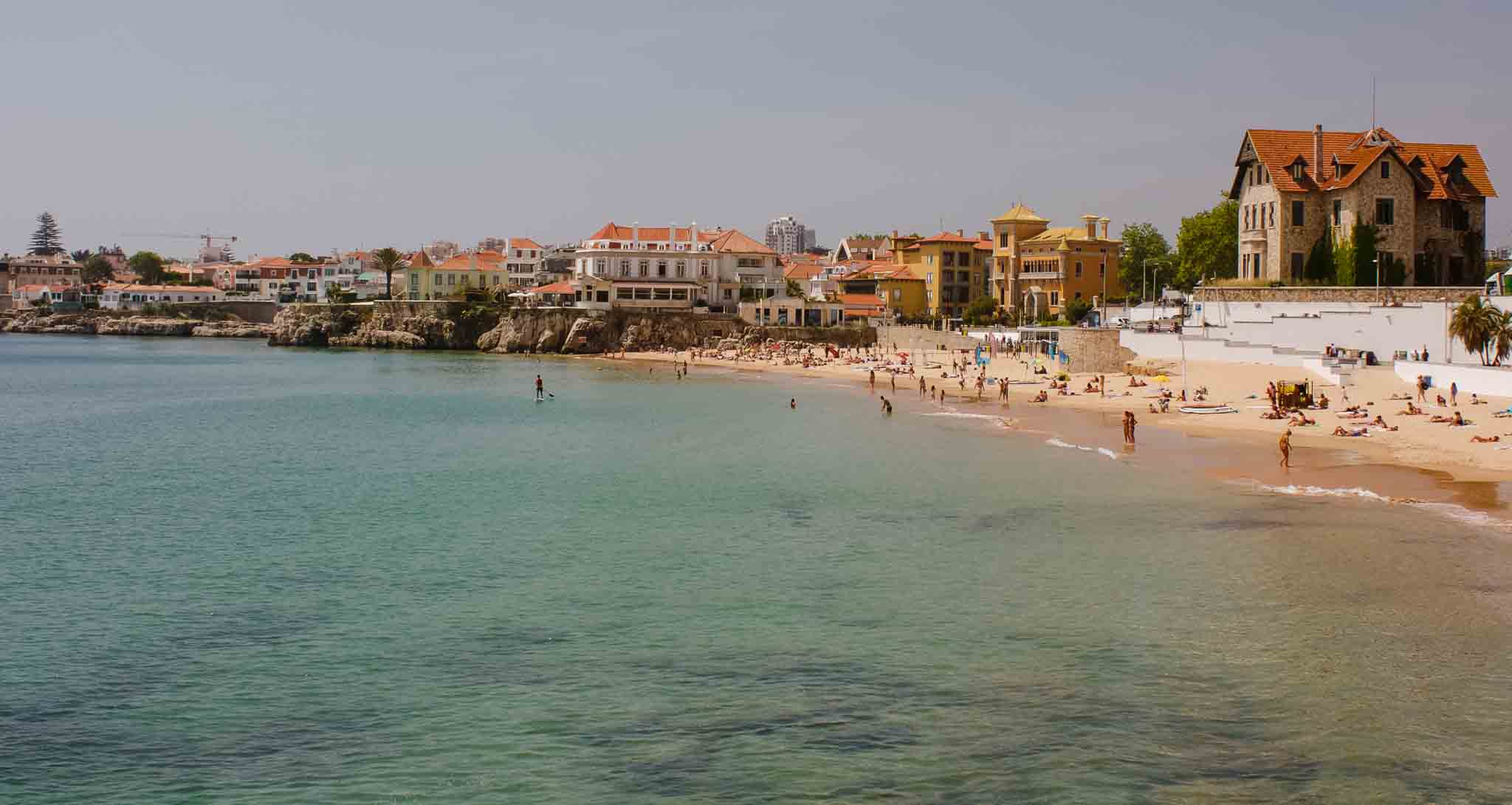 Cascais is less than 50 minutes from Lisbon by train or by car. Driving will give you more flexibility, particularly when exploring Sintra National Park. That said, hiring a car is by no means essential – the region’s train and bus network is efficient and cheap. Regular trains run from Lisbon’s Cais do Sodré station to Cascais. A return trip costs €4.50 and it’ll give you a chance to enjoy the coastal views.

Start your weekend by travelling 30 km west along the rocky Lisbon coast. To the left of the railway track, waves break on the shores of tiny coves and broad beaches. Near the furthest edge of this coast, the town of Cascais faces the Atlantic.

Once you arrive, walking the seafront promenade is one of the best ways to appreciate the coastline. This wide path stretches from Cascais to the village of São João do Estoril. You can start at either end and spend an hour strolling past golden-sand beaches, rocky outcrops, and traditional buildings. On sunny days, you’ll share the promenade with runners and leisurely cyclists, all making the most of the sea breeze. 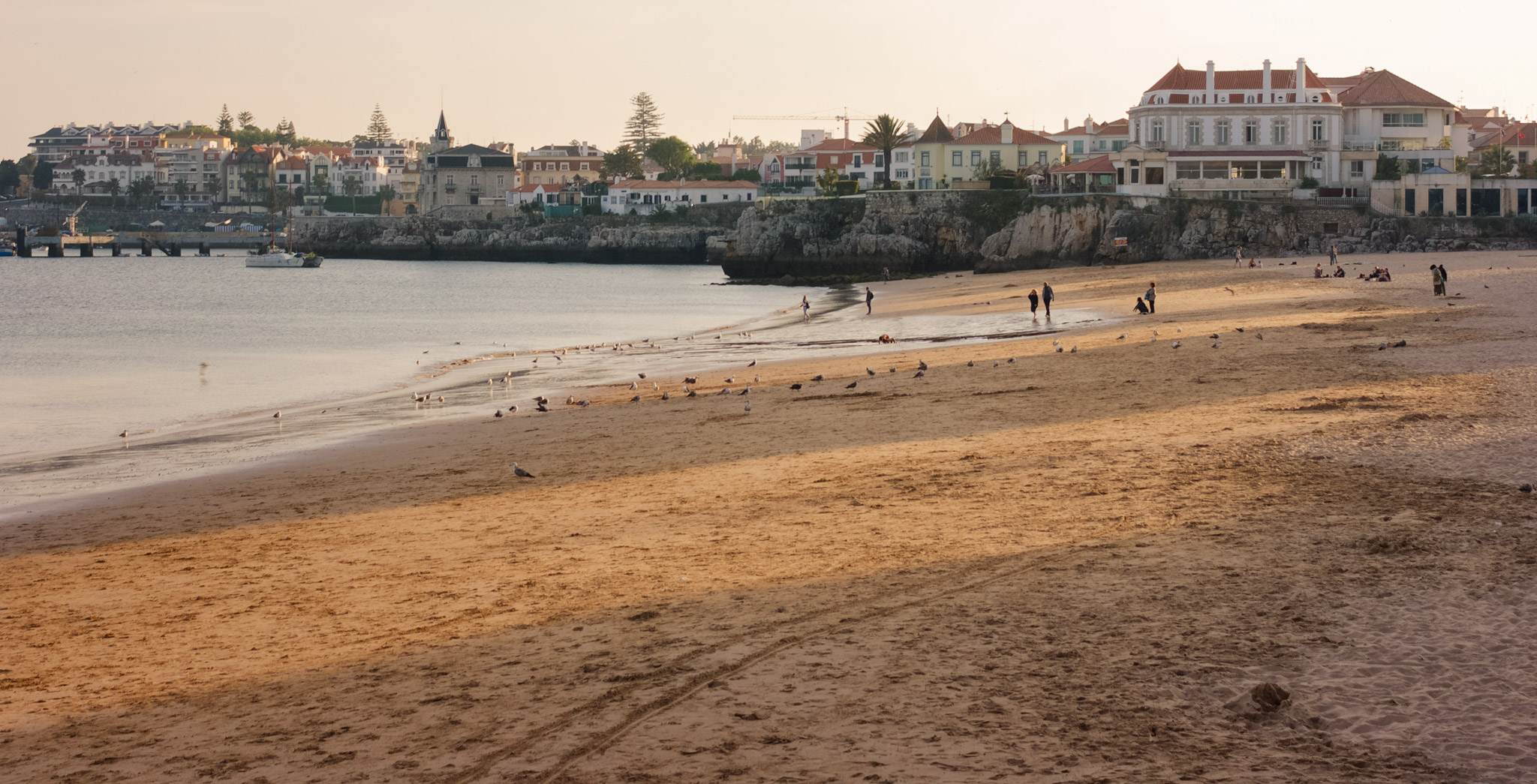 Once you get back to Cascais, spend some time wandering around its busy centre. Although small, Cascais is a town to get lost in. Shops line the cobbled streets, while clusters of restaurants fill the squares. Flowerpots brighten the window sills of pastel-coloured houses and most buildings are topped with terracotta tiled roofs.

Even if you’re not vegetarian, stop off at Cafe Galeria House of Wonders for a re-energising lunch. One of the best-known restaurants in town, its ‘Middle-terranean’ plant-based menu includes mezze plates, hot dishes, and colourful salads. Grab a table on the roof terrace, if you can. The palm trees and painted wooden tables make eating lunch even more fun.

Away from the shops and restaurants of the town centre, Cascais shows off its historic side. Cidadela de Cascais is a 15th century fort that overlooks the shiny Cascais marina. Although the fort has been been turned into a luxury hotel, you can still wander through the complex and around its ancient walls.

Museu Condes de Castro Guimarães also overlooks the marina. This popular museum is hard to miss with its mock gothic castle exterior and elaborate archways. Previously owned by Count and Countess Castro de Guimarães, it’s been open to visitors since 1930. Walking from one lavishly decorated room to the next, it’s easy to imagine the opulent lifestyle enjoyed by the Count and Countess.

In an area just behind the museum, Marechal Carmona Park is a tranquil place to escape the sun and the crowds. Eat ice cream in the shade of a tree, wander through the rose garden, or relax in a deck chair on the manicured lawns. This is a park that has a bit of everything –  trails twist through a small, forest area and chickens wander freely between benches.

In Cascais, evenings mean pastel skies, cooler temperatures, and flocks of seagulls on quiet beaches. To get a full view of the sunset, head to the cliff formation known as Boca de Inferno (“Mouth of Hell”). Just 1.5 km and a 20-minute walk from the town, Boca de Inferno isn’t quite as dramatic as it sounds. It was first named when the relentless crashing of waves against the base of the cliffs shaped out a small cave. When the cave collapsed, it left a small bay and a natural arch. These days, rocky pathways shamble down the cliffs so visitors can get a closer look, but during the summer, when the waves are calm, there isn’t much action. Instead, you can relax at the top of the cliffs and take in the view while the sun sets.

For a place to stay in Cascais, try Villa Cascais. This renovated 19th century building is now a stylish guesthouse that overlooks the Bay of Cascais. Each of the 11 bedrooms is decorated in either royal blue or olive green tones, so there’s a definite Mediterranean vibe. Rates for superior rooms start from €130, while the Deluxe Sea View starts at €160. If you feel like treating yourself, have dinner in Villa Cascais’ restaurant – Reserva da Villa. The blue-tiled restaurant is a beautiful space, where you can sample up to 48 Portuguese wines by the glass. Outside, tables on the terrace come with views of Atlantic and a more affordable menu from 3.30pm – 6pm.

If your budget doesn’t stretch to Villa Cascais, stay at the laid-back Salty Pelican Beach Retreat. A bed in a dorm room starts at €25 and there’s one private double room available. Most people come here for the yoga and surf packages and there’s a friendly hostel atmosphere. 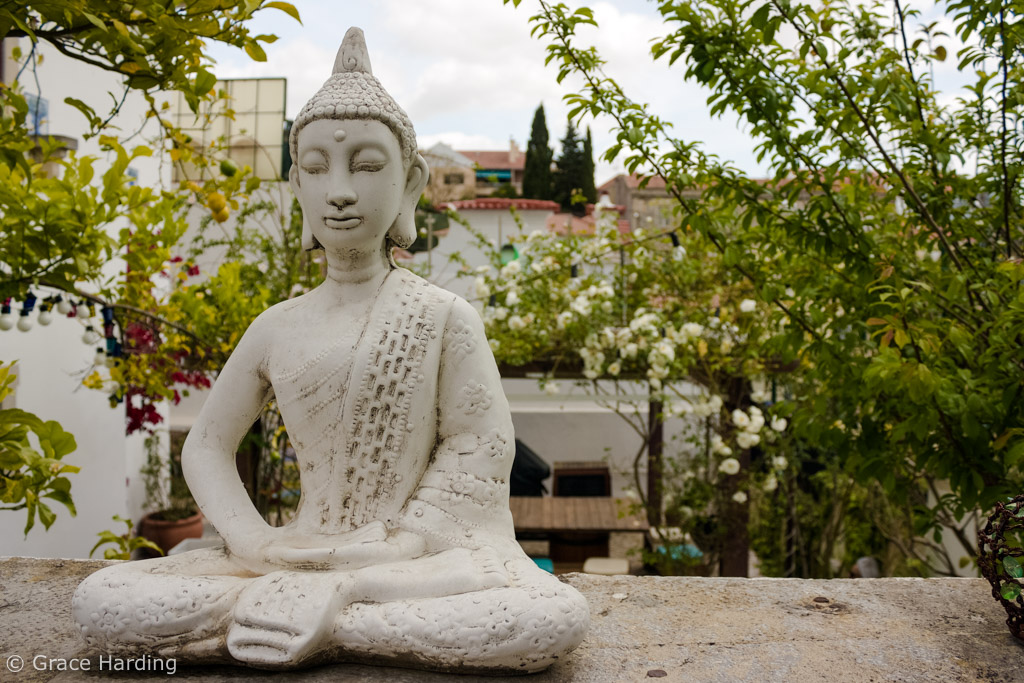 Begin your day with a refreshing morning on Guincho Beach. Guincho, a small section of the Sintra-Cascais Natural Park, is one of most dramatic beaches in the region. Sand dunes, rolling hills, and fingers of rock frame its sandy expanse. A strong wind and powerful waves mean it’s not ideal for sunbathing, but wetsuit clad surfers come here nearly every day. Moana Surf School, which overlooks the beach, offers lessons and surf clinics. They also run a pick-up service from Lisbon and Cascais. If you decide to drive yourself, follow either the N9 or the N247 from Cascais to Guincho Beach. It’s a little trickier by bus – you’ll need to take the 405 or 415 to Guincho and walk the rest of the way.

The coast of Cascais-Sintra Natural Park is full of surprises. At the Cabo da Roca – the most westernmost point of Europe – 100m vertical cliffs tower over the sea. Across the interior of the park, there are hidden lagoons, jagged mountain peaks, and stretches of dense forest. If you’re driving from Guincho, continue up through the national park towards the town of Sintra. But if you’re taking the bus, you’ll need to travel back into Cascais and catch the 403 or the 417 from Cascais Bus Station.

Although you could spend days hiking around Sintra, the town itself is unmissable. Cobbled streets and traditional houses wrap around the jewel of the town – the Palacio Nacional. Two cone-shaped chimneys rise from the kitchens of the palace, dominating its Gothic-style exterior. High above, the Castle of the Moors sits on a hill and watches over the town. This medieval castle was originally constructed by the Moors during the 8th and 9th centuries to protect the local population. If you make it up to the castle on a clear day, you’ll get views that extend out over the Atlantic and as far as the Lisbon Estuary. 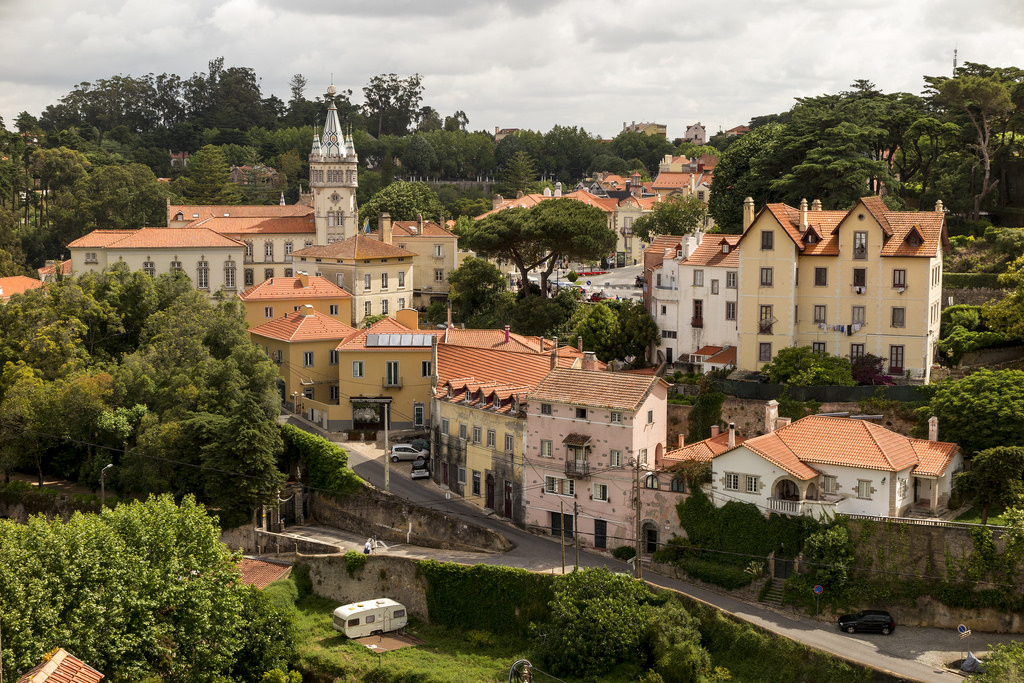 Pena Palace is the star of the show in Sintra. Its vivid red and yellow terraces, mythological statues, and state rooms attract crowds of people – but don’t skip the surrounding park. Filled with hidden lakes, shady walkways and sections of forest, this park is largely responsible for Sintra’s fairytale qualities. If you want to explore all of Pena Palace and the park, you could easily spend half a day doing so. An entry ticket to both costs €14 for adults and €12.50 for children. It’s worth remembering that Sintra is one of the most popular day trips from Lisbon. Crowds descend on the town during summer months, so expect it to be chaotic.

Finish your weekend by making your way back to Lisbon. Soak up your last glimpses of the rugged hills, the rocky coast, and the palm-lined seafront. Breathe in the Atlantic air and hold onto that feeling of warm contentment that a weekend in Cascais brings.

Would you like to spend a weekend in Cascais?