The U.S. House of Representatives’ Oversight Committee earlier this month widened its inquiry into the oil industry’s role in fostering doubt about the role of fossil fuels in causing climate change. A letter from the panel to Darren Woods, ExxonMobil chief executive, said lawmakers were “concerned that to protect … profits, the industry has reportedly led a coordinated effort to spread disinformation to mislead the public and prevent crucial action to address climate change.” The Gazette spoke with Geoffrey Supran, a research fellow in the History of Science, who, together with Naomi Oreskes, the Henry Charles Lea Professor of the History of Science, published a series of studies in recent years, the most recent one in May, on the climate communications of ExxonMobil, one of the world’s biggest oil and gas companies.

GAZETTE: Tell me about your research on the oil and gas industry’s role in spreading climate disinformation.

SUPRAN: In 2017, I and Naomi Oreskes published a series of three papers focused on what you might call traditional climate-science denial by ExxonMobil. Then, in May of this year, we shifted gears slightly, releasing a new study looking at the company’s more subtle forms of climate propaganda.

GAZETTE: What kinds of issues do you suspect the House committee will find?

SUPRAN: In 2017, our research was the first peer-reviewed analysis of ExxonMobil’s 40-year history of climate-change communications. And what we discovered was that there were systematic discrepancies between, on the one hand, what Exxon and ExxonMobil scientists said about climate-science privately and in academic circles, versus what Exxon, Mobil, and ExxonMobil said to the general public in The New York Times and elsewhere. That analysis showed that ExxonMobil misled the public about basic climate science and its implications. They did so by contributing quietly to climate science, and loudly to promoting doubt about that science.

Our work and others’ in that area provides evidence for the committee, demonstrating ExxonMobil’s long history of attacking science and scientists in order to undermine and delay climate action. Our more recent work, this May, is an evolution of that study in that it focuses on how, beyond outright disinformation, ExxonMobil has used language to subtly but systematically shape the way the public thinks about climate change, often in misleading ways. That study demonstrates how the company has selectively emphasized some terms and topics in public while consistently avoiding others.

The takeaway message across all of our work is that over and over, ExxonMobil has misled the public about climate change by telling the public one thing and then saying and doing the opposite behind closed doors. Our latest work shows that while their tactics have evolved from outright, blatant climate denial to more subtle forms of lobbying and propaganda, their end goal remains the same. And that’s to stop action on climate change.

GAZETTE: So according to your findings, within the walls of ExxonMobil there was never any doubt about climate science. Is that right?

SUPRAN: Right, there was never the undue doubt that they promoted in public. In fact, behind closed doors and in academic circles, Exxon has known that its products would likely cause dangerous global warming since at least the 1970s. By way of its trade association, the American Petroleum Institute, the oil industry as a whole has been on notice even longer — since the 1950s.

GAZETTE: What was the most disturbing finding from this hard look at ExxonMobil’s communications?

SUPRAN: A key contribution of our work has been demonstrating the systematic and statistically significant bias of ExxonMobil’s public communications toward denial and delay. But the most uncomfortable realization is how subtle and systematic and increasingly sophisticated their propaganda has become.

In our most recent work, we’ve had to rely on statistical techniques from computational linguistics to uncover patterns of speech hiding in plain sight. These include a systematic fixation on consumer energy demand rather than on the fossil fuels that the company supplies and the systematic representation of climate change as a “risk” rather than a reality. These are subtle patterns that, we’ve now realized, have been systematically embedded into climate discourse by ExxonMobil and other fossil fuel interests.

That’s particularly discomforting, because when you start to pull back the curtain you see just how sophisticated the oil industry’s propaganda machine has been, how easily their rhetoric has snuck into people’s consciousness and biased the way the public thinks about this. Mobil’s vice president and pioneer of PR in the ’70s and ’80s literally talked about what he called “semantic infiltration.” He called it “the process whereby language does the dirty work of politics.” And he said that the first “general principle” of PR was to, quote, “grab the good words … while sticking your opponents with the bad ones.” Our research now shows that’s exactly what they’ve been up to for decades.

GAZETTE: Have the oil companies stopped outright denying climate change? The subtle approach you talk about, is that all they’re doing now?

SUPRAN: From the mid-2000s through to the 2010s, ExxonMobil and other fossil-fuel companies gradually “evolved” their language, in the words of one ExxonMobil manager, from blatant climate denial to these more subtle and insidious forms of delayism. Another ExxonMobil manager described the effort by former company chairman and chief executiveRex Tillerson in the mid-2000s as an effort to “carefully reset” the company’s profile on climate change so that it would be “more sustainable and less exposed.” They did so by drawing straight from the tobacco industry’s playbook of threading a very fine rhetorical needle, using language about climate change just strong enough to be able to deny that they haven’t warned the public, but weak enough to exculpate them from charges of having marketed a deadly product.

So while their outright denial has tapered off, their propaganda hasn’t stopped. It’s in fact shifted into high gear and is now operating with a sophistication that we’ve never seen before. In our recent study, I mentioned the rhetoric of risk and individualized responsibility, but we also identified systematic use of language indicative of other what we call “discourses of delay,” such as greenwashing, fossil-fuel solutionism, technological optimism, and so on. These are now pervasive in industry marketing and, in turn, in the ways that the public and policymakers think and talk about the climate crisis.

To give just one example, did you know that the very notion of a personal carbon footprint — a concept that’s completely ubiquitous in discussions about personal responsibility — was first popularized by BP as part of a $100 million per year marketing campaign between 2004 and 2006?

“The takeaway message across all of our work is that over and over, ExxonMobil has misled the public about climate change by telling the public one thing and then saying and doing the opposite behind closed doors.”

GAZETTE: Did we get a sense as to how this happens? Are there company memos about phrasing and language, that kind of thing? Or is it still opaque?

SUPRAN: Proving intent is generally nontrivial, but all signs point to “Yes.” In terms of outright climate denial, we have smoking-gun documents that lay out in black and white Exxon’s intentions from the ’80s and ’90s to, in their words, “emphasize the uncertainty,” “extend the science,” and so on. In terms of delayism, we know, for example, that in 1981, Mobil internally reviewed its PR campaigns from the previous decade and celebrated how their advertorials in The New York Times had allowed them to become part of what they called “the collective unconscious” of the nation, as not only the general population but the Times editorial board had begun to shift their opinions in line with the company’s views. As I mentioned, the pioneer of Mobil’s advertorials, Herb Schmertz, also talked a lot about their public-affairs principles.

Beyond that, we don’t yet have the smoking-gun strategy documents for delay equivalent to the ones for denial. This is speculation, but part of the reason that we see propaganda mirrored so closely between different companies and different industries is because much of the time they work with the same PR firms and ad agencies. And so it could be that those memos lie in the file cabinets of PR firms rather than the oil companies themselves. That’s why there are now campaigns to hold those PR agents to account as well.

GAZETTE: This is kind of a horrible question to ask, but were you ever, despite yourself, impressed with the strategy and its effectiveness?

SUPRAN: Through our research, it has gradually dawned on me and my colleagues how central to the invention and advancement of modern propaganda the oil and gas industry has been over the last century. For me, coming from a physics and engineering background and retraining to work in this discipline, it’s been eye-opening and humbling to realize how much of the way we think and talk about this crisis has been encouraged and embodied by fossil-fuel-industry propaganda.

So I do recognize just how effective this industry’s public-affairs tactics have been. They’ve certainly undermined public concern and action on this crisis for decades. For my entire lifetime, in fact, the climate denial and delay machine has been in full swing. I’m not sure if “marvel” is the right word, but I’m very cognizant of the fact that I am part of the climate-change generation, born into a society locked into fossil fuels not for want of scientific understanding or technology or policy know-how, but because of the greed and disinformation and lobbying of a small group of fossil-fuel interests and conservative billionaires. 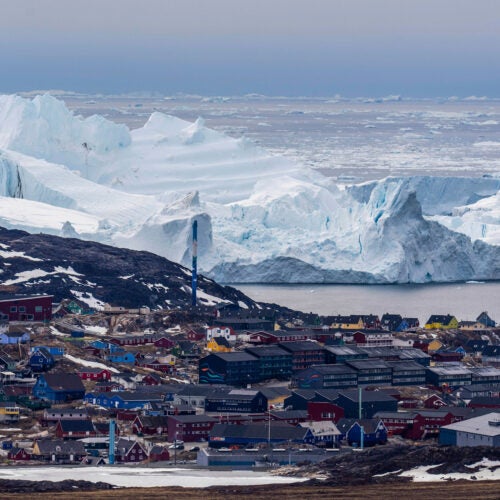 Climate scientist on UN report: Just as bad as we expected

Peter Huybers of SEAS says global response should include satellites, alternative-fuels research, and a commitment to food security, education 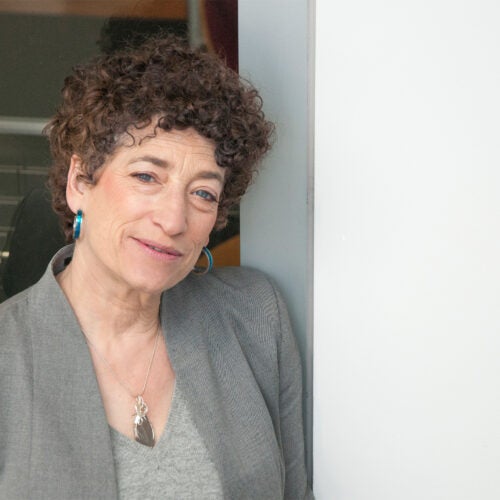 Defending science in a post-fact era

What scares you most about climate change?

Experts tease out the scientific, legal, economic, political, and philosophical costs and benefits of the problem — and the solutions 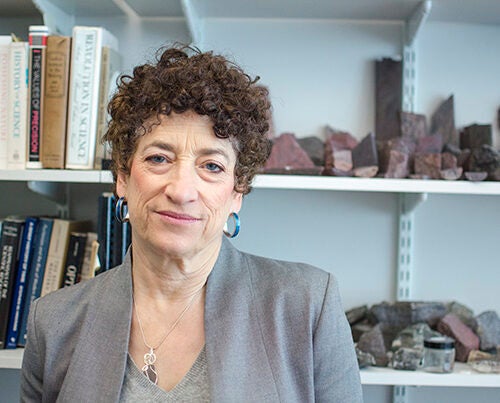