To Morgane Austern, math is beautiful. Austern, who joined Harvard as an assistant professor in the Department of Statistics in July, brings a creative touch to her work in probability and statistics, drawing from her experience in theater. Born in Switzerland and educated in France, Austern also has a passion for volunteering in STEM education. She spoke to the Gazette about her love of math and how she plans to continue her volunteer work. The interview was edited for clarity and length.

GAZETTE: When did you first become interested in statistics?

AUSTERN: When I was in high school, I absolutely loved math. I loved thinking about math. I loved how you could learn things from the world using math because that’s what statistics is — analyzing and finding patterns in data. I tried physics at first because I was already in the math and physics track, but I discovered that as much as I loved math, I hated physics. I just tumbled into probability and statistics. There’s no magical story. It was not something I thought for a long time that I wanted to do one day. I simply continued to study statistics and math, and the more I studied, the more I became interested in it.

GAZETTE: You were a performer when you were young. What drew you to the stage?

AUSTERN: I liked the creative process of theater. I liked the fact that you read a play and then create your character. It’s just words and then you put it to life and put it out into the world for people to see. I started acting when I was in elementary school and continued until I was in university. I was really not popular when I was a kid,  always much younger than my classmates and always a bit weird. I was often bullied, which led me to doubt myself a lot. However, when I was on stage, it was one of the rare times that I was comfortable around people my age.

GAZETTE: Is there any part of the creative process that you carried with you into statistics?

AUSTERN: That’s what I love about math. It’s extremely creative. I know math usually doesn’t sound creative because of the way it’s taught. It’s a lot of repetitiveness of calculations, which I hate. I am terrible at calculations. But it’s extremely creative when you have a rough idea and instinct of what is true and not true. It’s then up to you to find the way to prove it. You have to create that entire pathway.

GAZETTE: What research are you looking to advance at Harvard?

AUSTERN: I’m interested in bridging the gap between the empirical success of machine learning, which is incredible, and our theoretical understanding of it, which is still lacking to a certain degree. I look at what happens when you’re trying to learn from structured data such as graphs, matrixes, or anything that is not simply a sequence of observations. I’m interested in building the mathematical base.

GAZETTE: The last thing I want to ask you about is your volunteer work.

AUSTERN: Volunteering is something I’ve been doing since I was 15. In France, there was an association called Tremplin. With them I went weekly to a high school in a disadvantaged neighborhood and gave “passion math” classes to try to encourage students to do math and to help them go through the college application process. I also volunteered with the Big Brothers and Sisters of America, mentoring underprivileged youth in New York. In Cambridge for my post-doctorate research work, I did another version of that program,which is specifically designed to match a mentor with a high school student who is going to go through the college application process. I mentored a young female student through high school and she just got accepted to college this year. I’ve also volunteered for programs designed for women in STEM.

I was extremely fortunate to have been born not into a rich family, but a comfortable family. I’ve always felt passionate about trying to find ways to bridge the opportunity gap for people who didn’t have the same opportunities that I had. I feel the best way I can do that is through education and trying to help students from different backgrounds. This is something that I will definitely continue while here. 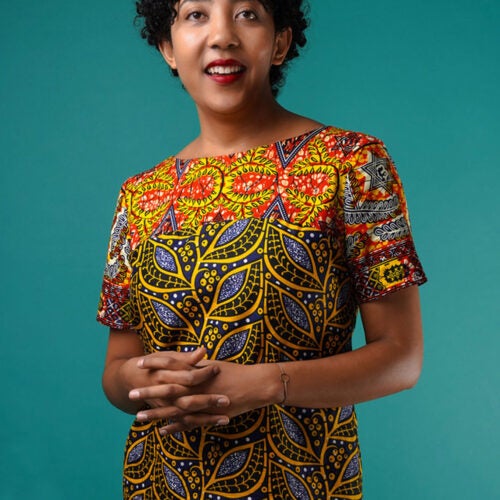 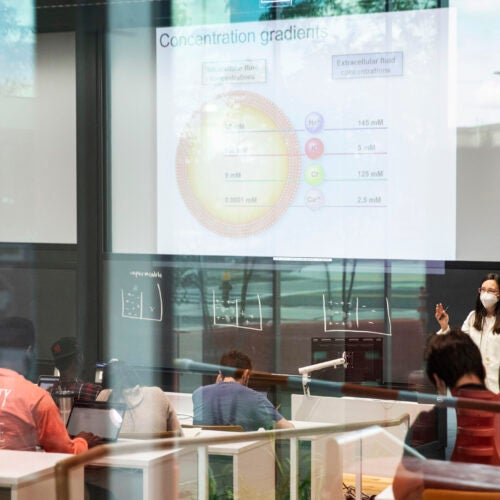 Seeking the familiar comforts of class and classmates 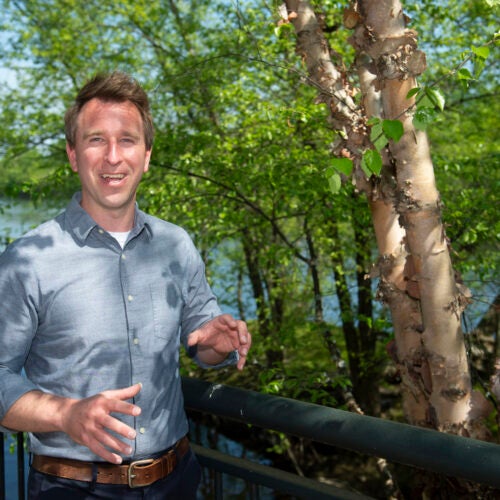 It took Jeffrey Wilson a while to make a personal connection, but it showed him how to help others do it