How death shapes life, according to a Harvard philosopher

Does the understanding that our final breath could come tomorrow affect the way we choose to live? And how do we make sense of a life cut short by a random accident, or a collective existence in which the loss of 5 million lives to a pandemic often seems eclipsed by other headlines? For answers, the Gazette turned to Susanna Siegel, Harvard’s Edgar Pierce Professor of Philosophy. Interview has been edited for length and clarity.

GAZETTE: How do we get through the day with death all around us?

SIEGEL: This question arises because we can be made to feel uneasy, distracted, or derailed by death in any form: mass death, or the prospect of our own; deaths of people unknown to us that we only hear or read about; or deaths of people who tear the fabric of our lives when they go. Both in politics and in everyday life, one of the worst things we could do is get used to death, treat it as unremarkable or as anything other than a loss. This fact has profound consequences for every facet of life: politics and governance, interpersonal relationships, and all forms of human consciousness.

When things go well, death stays in the background, and from there, covertly, it shapes our awareness of everything else. Even when we get through the day with ease, the prospect of death is still in some way all around us.

SIEGEL: The philosophers Soren Kierkegaard and Martin Heidegger each discuss death, in their own ways, as a horizon that implicitly shapes our consciousness. It’s what gives future times the pressure they exert on us. A horizon is the kind of thing that is normally in the background — something that limits, partly defines, and sets the stage for what you focus on. These two philosophers help us see the ways that death occupies the background of consciousness — and that the background is where it belongs.

These philosophical insights are vivid in Rainer Marie Rilke’s short and stunning poem “Der Tod” (“Death”). As Burton Pike translates it from German, the poem begins: “There stands death, a bluish concoction/in a cup without a saucer.” This opening gets me every time. Death is standing. It’s standing in the way liquid stands still in a container. Sometimes cooking instructions tell you to boil a mixture and then let it stand, while you complete another part of the recipe. That’s the way death is in the poem: standing, waiting for you to get farther along with whatever you are doing. It will be there while you’re working, it will be there when you’re done, and in some way, it is a background part of those other tasks.

A few lines later, it’s suggested in the poem that someone long ago, “at a distant breakfast,” saw a dusty, cracked cup — that cup with the bluish concoction standing in it — and this person read the word “hope” written in faded letters on the side of mug. Hope is a future-directed feeling, and in the poem, the word is written on a surface that contains death underneath. As it stands, death shapes the horizon of life.

GAZETTE: What are the ethical consequences of these philosophical views?

SIEGEL: We’re familiar with the ways that making the prospect of death salient can unnerve, paralyze, or derail a person. An extreme example is shown by people with Cotard syndrome, who report feeling that they have already died. It is considered a “monothematic” delusion, because this odd reaction is circumscribed by the sufferers’ other beliefs. They freely acknowledge how strange it is to be both dead and yet still there to report on it. They are typically deeply depressed, burdened with a feeling that all possibilities of action have simply been shut down, closed off, made unavailable. Robbed of a feeling of futurity, seemingly without affordances for action, it feels natural to people in this state to describe it as the state of being already dead.

Cotard syndrome is an extreme case that illustrates how bringing death into the foreground of consciousness can feel utterly disempowering. This observation has political consequences, which are evident in a culture that treats any kind of lethal violence as something we have to expect and plan for. A glaring example would be gun violence, with its lockdown drills for children, its steady stream of the same types of events, over and over — as if these deaths could only be met with a shrug and a sigh, because they are simply part of the cost of other people exercising their freedom.

It isn’t just depressing to bring death into the foreground of consciousness by creating an atmosphere of violence — it’s also dangerous. Any political arrangement that lets masses of people die thematizes death, by making lethal violence perceptible, frequent, salient, talked-about, and tolerated. Raising death to salience in this way can create and then leverage feelings of existential precarity, which in turn emotionally equip people on a mass, nationwide scale to tolerate violence as a tool to gain political power. It’s now a regular occurrence to ram into protestors with vehicles, intimidate voters and poll workers, and prepare to attack government buildings and the people inside. This atmosphere disparages life, and then promises violence as defense against such cheapening, and a means of control.

GAZETTE: When we read about an accidental death in the newspaper, it can be truly unnerving, even though the victim is a stranger. And we’ve been hearing about a steady stream of deaths from COVID-19 for almost two years, to the point where the death count is just part of the daily news. Why is the process of thinking about these losses important?

SIEGEL: It might not seem directly related to politics, but when you react to a life cut short by thinking, “If this terrible thing could happen to them, then it could happen to me,” that reaction is a basic form of civic regard. It’s fragile, and highly sensitive to how deaths are reported and rendered in public. The passing moment of concern may seem insignificant, but it gets supplanted by something much worse when deaths are rendered in ways likely to prompt such questions as “What did they do to get in trouble?” or such suspicions as “They probably had it coming,” or such callous resignations as “They were going to die anyway.” We have seen some of those reactions during the pandemic. They are refusals to recognize the terribleness of death.

Deaths can seem even more haunting when they’re not recognized as a real loss, which is why it’s so important how deaths are depicted by governments and in mass communication. The genre of the obituary is there to present deaths as a loss to the public. The movement for Black lives brought into focus for everyone what many people knew and felt all along, which was that when deaths are not rendered as losses to the public, then they are depicted in a way that erodes civic regard.

When anyone dies from COVID, our political representatives should acknowledge it in a way that does justice to the gravity of that death. Recognizing COVID deaths as a public emergency belongs to the kind of governance that aims to keep the blue concoction where it belongs. 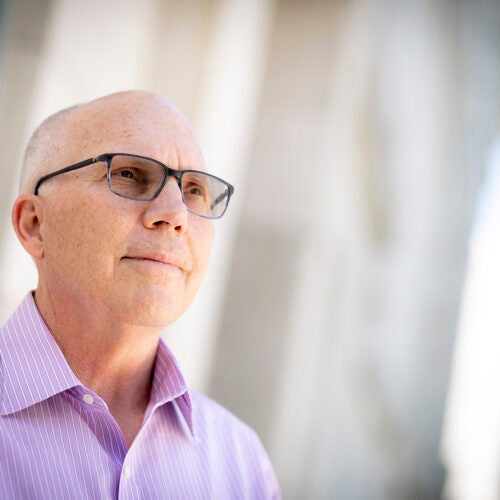 Death is universal, but sometimes murky 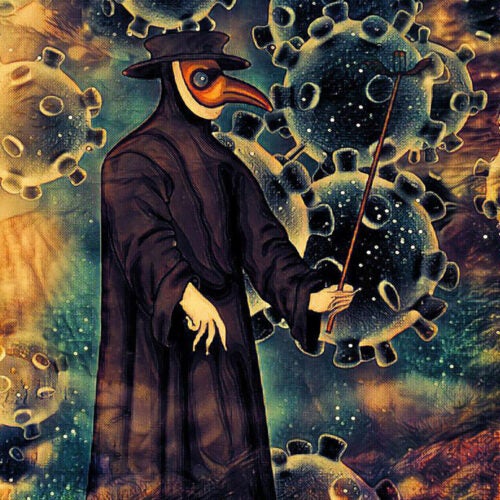 What pandemic dreams may come

Harvard researcher says many having nights full of bugs, masks, and natural disasters 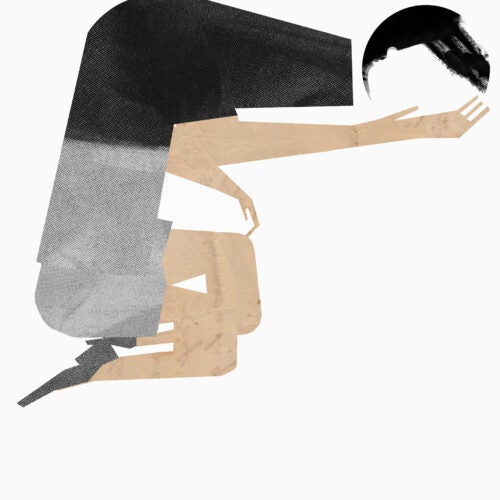 When even grief is taken away