The Harvard Alumni Association virtually convened the 151st Annual Meeting of the Harvard Alumni Association on Friday, bringing together alumni from around the world, including recent graduates from the Class of 2021. The gathering, traditionally held in Tercentenary Theatre following Commencement, celebrated the global Harvard community and included messages from alumni volunteers from more than 30 other countries around the world.

The meeting included a virtual alumni parade and was filled with celebrations of alumni impact, honoring all the ways Harvard graduates advance change in the world and in their local communities. President Larry Bacow, J.D. ’76, M.P.P. ’76, Ph.D. ’78, shared remarks that lauded the ways alumni helped Harvard weather the pandemic with “creativity, urgency, and resolve,” while connecting with students and recent graduates and putting in “millions of hours of service to causes and communities that are helping to repair our world.”

Examples of this service were shared in the pre-meeting program and featured individuals who helped young people from underrepresented groups access education and social mobility, for example, working with high schoolers to help them learn about and prepare for sollege, or perhaps teaching coding to young people.

Speakers also looked back on a historic year of meeting, and learning from, challenges.

‘Lyrical leadership, like a poem, makes unexpected connections and allows meaning to soar’

The keynote speaker was Kevin Young ’92, an award-winning poet and editor who was recently named the Andrew W. Mellon Director of the Smithsonian’s National Museum of African American History and Culture.

Young called for people to listen closely to history and practice what he called “lyrical leadership,” especially in polarized times. “We are in need of a history reclaimed and fully explored and of a lyrical leadership that, like a good poem does, makes unexpected connections, grows audiences, and allows meaning to emerge, and also to soar.”

From leading archives and museums, Young said he learned that history should be “a dance partner, one that, like a good poem, transcends nostalgia but that understands it, one that keeps alive in memory things we didn’t always understand, or even know.” He argued that we must break past silences and let the objects in the archive, museum, and university “tell the whole story of the past centuries, and our own.”

“Too often the story was, and still is, told, as if there weren’t silences, which hurts us all — especially hurting those whose stories and omissions commit many sins.” Young emphasized “not simply recording, but testifying … of witnessing, which isn’t just seeing, but also saying. Such witnessing wins out.”

In describing his Harvard years, Young talked about mentors, friends, transformative classes, and more, explaining “the search was key.” He remarked on the impact that Black professors like Carolivia Herron had on him, teaching “me to teach and also how to be,” and recounting the collective work to relaunch Diaspora, the journal of Black art and culture.

He described the journal as “part of the epic that we were making called Blackness.” Young said working with others on the journal created “our own ad hoc Black studies program.” He also talked about his membership in the Dark Room Collective, an influential African American poetry organization started in the 1980s and based in Cambridge. “[W]e knew that Blackness was everywhere … it was in our music, our dancing, our talk, our luck.”

Young concluded by reading a poem that explored the freedom he found at Harvard — “O how high we jump/ Reaching for the sky” — and shared poignant memories and “the lessons that link us.”

A ‘community grounded in purpose’

Harvard Alumni Association President John West, M.B.A. ’95, described “the potential collective power of Harvard’s 400,000 global alumni [as] an awesome opportunity and responsibility” to “create positive impact, do good, [and] drive change in the world.” He singled out HAA’s work to empower and connect alumni around the world and noted specific efforts led by the volunteers on the HAA board, including an anti-racism initiative and public narrative projects.

Philip Lovejoy, Harvard Alumni Asociation executive director and associate vice president, thanked all those volunteers and alumni who are making a difference, noting the community’s strength “is in its diversity of opinions, life experiences, and thought.” He noted those who created a series of virtual panels that sought to create dialogue about solutions to the climate crisis. He went on to commend the work of alumni “mobilizing to buttress democracy” and those who worked to amplify and celebrate the voices of underrepresented groups and others around the world. 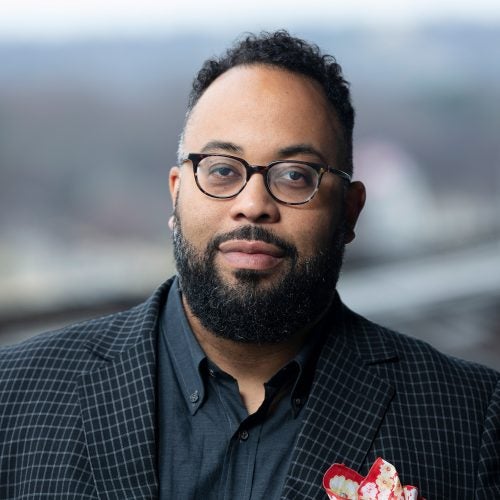 Kevin Young to speak at 151st meeting of Alumni Association 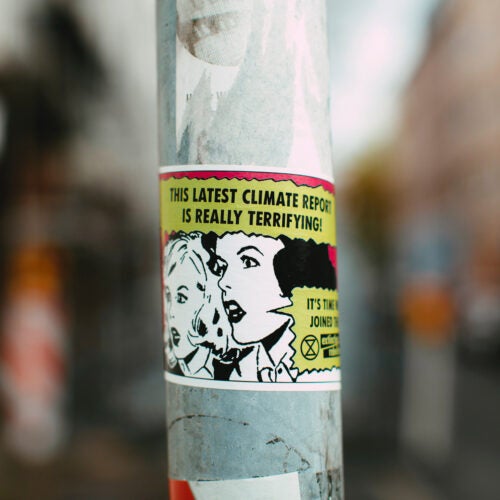 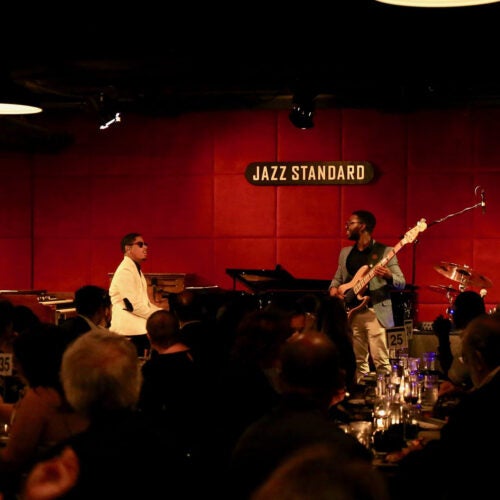 In the name of justice

In the battle against systemic racism, these alumni chart different courses for change 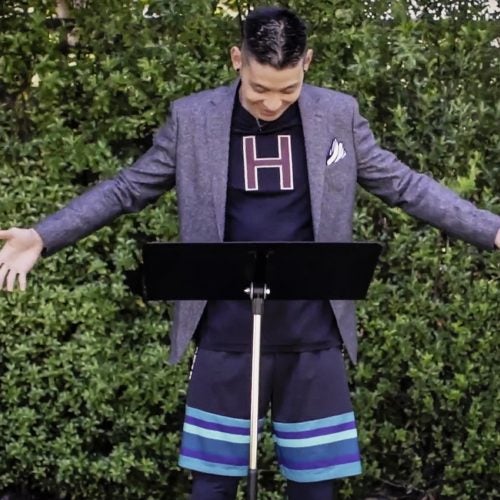 There is more to Jeremy Lin than ‘Linsanity’

Pioneering NBA star reminds seniors that life is about the journey, not the destination

Chief Marshal of the 25th Reunion Anurima Bhargava ’96 built on the theme of alumni working together for the common good. “We are a community grounded in purpose, [that] serves and creates together, from building organizations to educating street children in Kenya, to knocking on doors and gathering virtually to write postcards, to telling stories and making documentaries that give voice to the silenced.” Bhargava is the director and president of Anthem of Us, a strategic advisory firm that helps institutions and communities center equity and belonging in everything they do.

After presenting Harvard Medals to this year’s winners as well as last year’s, Bacow lauded the alumni who stepped up during the pandemic to support Harvard’s students, offering help with internet connections, access to workspace, and more. He thanked others for the “connections and resources that put tons — literally tons — of gloves, gowns, masks, and shields into the hands of people caring for the most vulnerable among us.”

The event also included musical interludes from the Harvard Choir, Harvard Radcliffe Orchestra, and the Harvard Band. The alumnae of the Radcliffe Choral Society presented their recording of “Radcliffe, Now We Rise to Greet Thee,” the Radcliffe alma mater, to honor the contributions of Radcliffe College and its alumnae and to mark its historical significance for women and men alike, said West, introducing the song. The members and alumnae of the group met virtually each month for the past year to record the song.

How Is Scalability Finally Solved by Jax.network?

Nearly 1% Of Bitcoin Supply Is Now Wrapped In Ethereum