In a virtual conversation hosted by the JFK Jr. Forum’s Institute of Politics Tuesday evening, Huerta urged students to use their own voices and life stories to become activists for change.

Students, Huerta said, should exercise their right to vote, but also get involved in issues they feel passionate about, from voting rights to climate change to women’s reproductive rights. There is a lot to be changed, she added, but that can happen only by stepping up and answering the demands of the times.

“The one thing you have to understand is that when you’re being an activist, you are making history,” said Huerta. “We go to school so that we can learn about history and talk about history, but we also can make history. That’s what we need to do.”

Ever since Huerta left her teaching career in the early 1960s to organize farm workers to fight for better pay and working conditions, she has been making history. She co-founded the United Farm Workers alongside Cesar Chavez, helped organize a ground-breaking strike of 5,000 grape workers in 1965, and led the union negotiations with growers. She coined the slogan “Sí, se puede” (Yes, we can) for the farm workers’ movement and became a leading figure in the feminist movement of the 1970s.

In 2012, President Barack Obama, who used Huerta’s phrase in his 2008 campaign, awarded her the Presidential Medal of Freedom. She now heads the Dolores Huerta Foundation, which trains community organizers and fosters community participation and civic engagement.

In the conversation “Sí, Se Puede: A Celebration of Heritage with Labor Rights Activist Dolores Huerta,” the activist spoke about her life trajectory, shared advice on how to keep motivated, and called on students to be active citizens. The conversation was moderated by Paola Ramos, M.P.P. ’15, Hauser Leader, Center for Public Leadership.

Social justice work requires courage, focus, and a desire to “make life better for everybody,” Huerta said. But that work not only involves taking part in marches or protests, she warned; it also means passing legislation that can bring real benefits to people. “The only way a democracy can work is if everybody participates,” she said. “It comes down to voting.”

Working together for a common purpose is important, but so is voting, she said. Latinx peoples account for nearly 18 percent of the U.S. population, but if they don’t vote, their power is diluted. “We have increased our numbers,” Huerta said. “But that is not enough. If we don’t use our voices, we’re invisible.”

Asked about immigration reform, Huerta said she remains hopeful for legislation that could lift millions of undocumented immigrants out of the shadows and give them a path to citizenship. Huerta said she was shocked at the recent images of Border Patrol agents chasing Haitian immigrants on horseback at the U.S.-Mexico border. To people who shared her outrage, she said that while it’s important to acknowledge that incident as part of the history of mistreatment of Black and brown people by U.S. law officers, it’s more crucial to push for change.

“The answer to the question, ‘Is this who we are as a country?’ is yes,” said Huerta. “The other question that we need to ask is, ‘Is this who are going to continue to be or are we going to rise up and change this?’”

Huerta asked students to be “ambassadors for justice” by sharing their life stories with others, taking pride in their Latinx heritage, and fighting discrimination outside and within their community. A native of New Mexico, Huerta said her Latinx roots go back 14 generations. “People say to us Mexican Americans, ‘Go back to where you came from,’” said Huerta. “We were here before the United States was the United States.”

Asked about her legacy, Huerta said she would like to be remembered as an organizer, not as an icon. “My son told me, ‘Mom, you’re not an icon. You’re an ‘I can,’ and I think he’s right,” said Huerta chuckling. “We all can be ‘I cans.’”

Activism is hard work, but it’s important to never lose hope, said Huerta, who remains spirited and buoyant. Asked how she does this, she said she finds joy and nourishment in listening to music, hanging out with friends and family, and dancing.

“Going canvassing, going door to door, talking to people, and getting rid of the ignorance is a lot of hard work,” said Huerta. “So, celebrate, have fun, and celebrate with your friends. If there is no day to celebrate, make one up.” 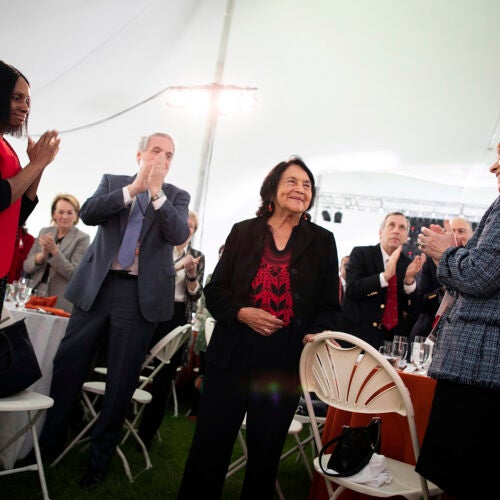 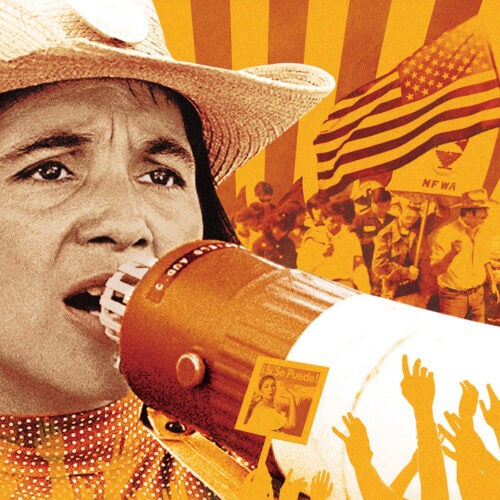 Co-founder of United Farm Workers will be honored in May for key contributions to labor, Latino, and women’s rights 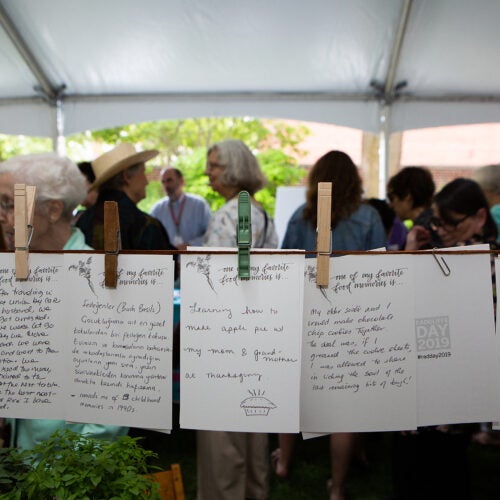 Food and justice with a side of nostalgia