Bitcoin Consolidates, Why There Is Risk of Larger Downside Correction

Bitcoin price is struggling to clear the $62,500 resistance against the US Dollar. BTC could decline heavily if there is a close below $60,000 in the near term. 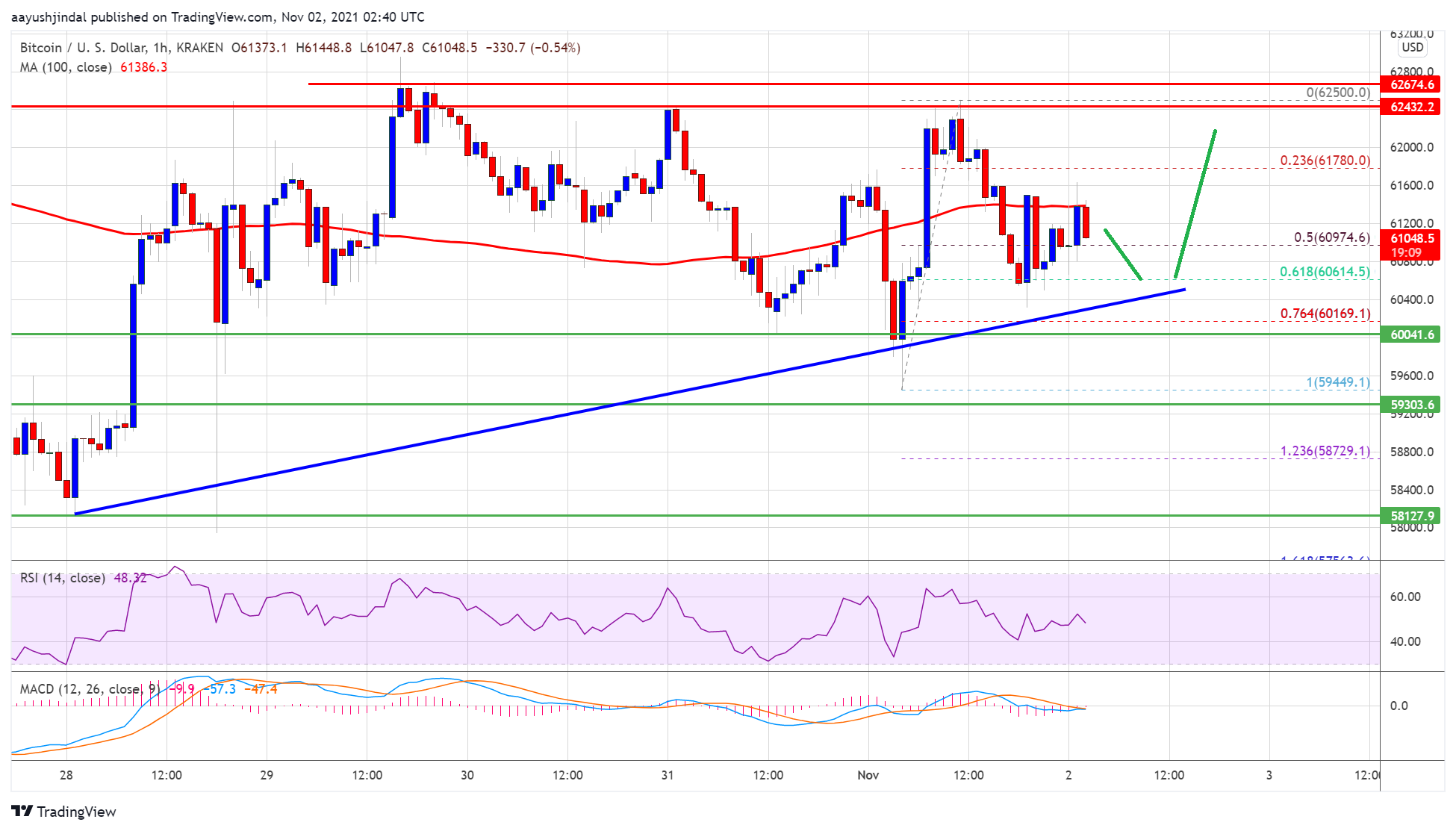 If bitcoin fails to clear the $62,500 resistance zone, it could extend its decline. An immediate support on the downside is near the $60,800 level.

Hourly MACD – The MACD is slowly gaining pace in the bullish zone.

Hourly RSI (Relative Strength Index) – The RSI for BTC/USD is now near the 50 level.

What Ethereum 2.0 Looks Like As Vitalik Buterin Celebrates Its Birthday