Am I Normal? with Mona Chalabi, a new podcast from the TED Audio Collective, premieres October 18 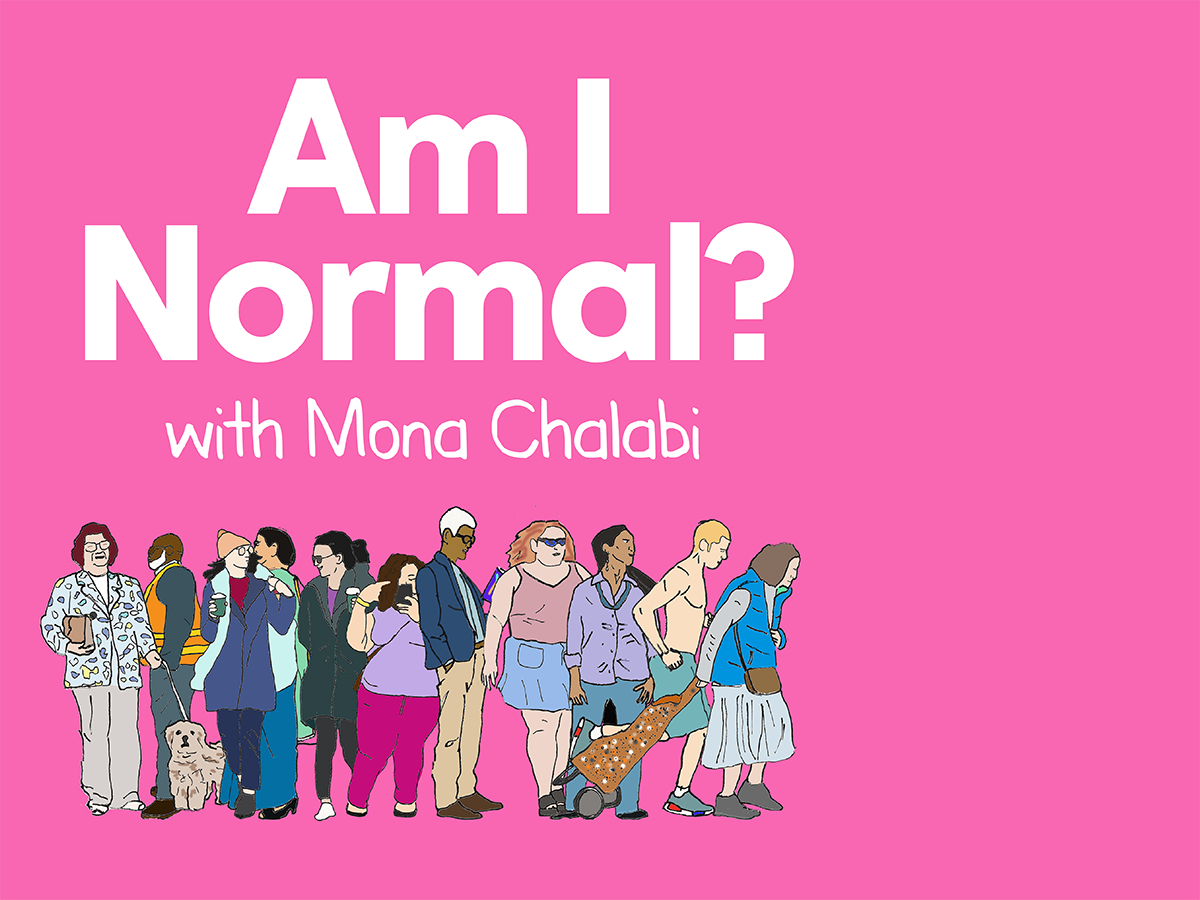 Am I Normal? with Mona Chalabi, the newest podcast from the TED Audio Collective, launches on October 18.

We all want to know if we’re normal: Do I have enough friends? Should it take me this long to get over my ex? Should I move or stay where I am? Endlessly curious data journalist Mona Chalabi needs to know, and she’s ready to dive into the numbers to get some answers. But studies and spreadsheets don’t tell the whole story, so she’s consulting experts, strangers and even her mum to fill in the gaps. The answers might surprise you, and make you ask: Does normal even exist?

Mona is a data journalist who uses illustrations to make huge sets of statistics understandable. She’s written for The New Yorker, the New York Times, The Guardian and many more. “If you hate math because you think it’s way too abstract, I get it,” she says. “My job is to convince you that data is deeply personal and that it’s not so hard to understand once you’re given the right tools. I think TED does a similar thing: they make research accessible to everyone, and really value the power of following your curiosity. So partnering together seemed like a really good fit. And it was a good fit!”

Season one will consist of eight episodes, each accompanied by a short video released on TED.com, YouTube and TED’s social channels. The videos will feature Mona’s own hand-drawn illustrations, as seen on her popular Instagram account, as well as other methods of data visualization, including props, animation and puppetry. These playful yet insightful videos get us one step closer to answering Mona’s questions in a fun and accessible way.

Produced by TED and Transmitter Media, Am I Normal? is part of the TED Audio Collective. TED’s collection of podcasts includes shows co-developed by TED and its speakers as well as shows developed and produced independently by inspiring thinkers and creators. The growing list of podcasts ranges from TED originals like TED Talks Daily and Far Flung with Saleem Reshamwala to independent series like Design Matters with Debbie Millman and ZigZag with Manoush Zomorodi.

The TED Audio Collective and Am I Normal? are supported by TED’s global partners. Learn more about TED Partnerships here.

Listen to Am I Normal? with Mona Chalabi on Apple Podcasts, Spotify or wherever you get your podcasts.